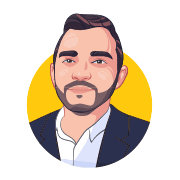 TradeHost
I use TradeHost for Betfair Trading and betting on Betfair in the UK, IE, AU and US horse racing markets. TradeHost also gets stuck in to the UK, IE and AU greyhound markets and I publish my results occasionally. I started with a free TradeHost Lite in 2014. Hundreds of Betfair Traders also choose to graduate to TradeLive which is identical to TradeHost Lite but allows members to increase their stakes.

A whopping 855 bets on 103 Betfair markets today. Watch the TradeHost bot in timelapse action for 18.5 hours on Betfair in 2 minutes.

Most members don’t comment on Telegram, Twitter or here in the Top 50 Comments on JuiceStorm.com because they are busy with their lives. After all, that is why, for most, they decided to autotrade on Betfair using TradeHost 24/7.

We never share our data with anyone which is one of the reasons why TradeHost has been profitable every year since 2014.

Nobody, including members, knows what TradeHost will do until she fires. Then manual Betfair Traders following her trades help TradeHost and members to their exits. Cool, huh?

The stakes you see used in the TradeHost video are the default stake settings that TradeHost ships with. The Betfair balance used was £100 and the maximum total risk on any market was never more then £8.88.

Most TradeHost members increase the default settings by a factor north of 100X which is comfortable for most with a Betfair bank of £10K.

The strike rate you see in the video will never be 50% because some exits are missed and there also some straight gambles placed by the Select and Ghost strategies which form part of the TradeHost Betfair Trading portfolio.

Also TopTrap is a greyhound LAY strategy which does not trade.

By using our database built over 22 years for speed ratings, form, course, draw and many other criteria then ranking these in order, Tissue Bot creates a total rating number for each horse running every single day 24/7.

Tissue Bot then turns this number into a percentage chance for each runner and from this, it calculates the price we want to get involved with to trade or gamble up to 8 hours before each race. Our target price changes as each market matures nearer to the off and due to nun runners and ground changes.

Tissue Bot also filters by ground conditions, class and distance. We use queries for dams, damsires and countries of breeding and we track all horses, trainers and jockeys.

We research every conceivable angle from every race since 2000 and compare actual results with market expectations to find value betting and Betfair Trading opportunities.

TradeHost has broadcast every trade and bet live since 2017. Open, honest and transparent Betfair Trading.

The LAY trade on Magical Zoe at 29 filled but the exit with a BACK at a distant 150 was never reached. It happens. We don’t lay many at such a big price but TradeHost has discretion and the strategy, Hat, has been profitable ever since it started eight months ago.

TradeHost ALWAYS uses proportional staking. The higher the odds, lower the stake and the reverse is true too.

The second hit on the chart was at Newcastle in the 1m Hcap GB market at 15:40 UK where Cosmos Raj was hedged InPlay with a BACK at 2.5 having dropped from our LAY at 6.6. A small red book on the market because the exit at 7.6 had become too far away. Cosmos Raj lost.

The third hit on the chart was at Dundalk in the 5f Mdn #IE market at 17:00 UK. Lokada was a PreRace LAY at 5.3 which never touched our target of 5.8 to close the trade. We exited mostly at evens with a BACK on Lokada InPlay for a small red book.

The chart is for a full 24 hour Betfair Trading session on 4th November 2022.

On a general note TradeHost usually performs a little better in the UK and IE markets and it is not every day we have such a superb Australian session.

The current November release has 23 strategies in TradeHost.

The TradeHost portfolio you see in the image below shows what is currently being considered for the December release.

The profit shown below has been achieved with default stakes for all strategies. Most members use stakes which are north of 100X default.